“Dr. Stokes has dedicated his tenure at EWC to strengthening not only the EWC Agriculture Program but also Agriculture CTE for our students as well as High School youth across Wyoming and Nebraska,” EWC Agriculture Professor and Livestock Judging Coach Georgia Younglove said. “He is very deserving of the recognition for his work.”

The award recognizes the finest career and technical teachers at the postsecondary level who have demonstrated innovation in the classroom, commitment to their students and dedication to the improvement of Career Technical Education in their institutions and communities, according to a press release from WACTE.

Dr. Stokes has been an instructor/teacher for 22 years. During that time, he has served as an agriculture and veterinary instructor at EWC. He has worked diligently to increase opportunities in agriculture education at EWC and has been a key player in getting new facilities like the recent ATEC building designed specifically for agriculture courses. He is a driving force in promoting and encouraging agriculture education and looks for every opportunity to improve both courses and facilities to benefit students.

Dr. Stokes will be considered as a finalist for the 2023 ACTE Region V title. The Region V winner will be announced at the 2023 Region V conference.

Jayce Munoz will start his college career this fall at Eastern Wyoming College in the barbering college. The journey to EWC has not been easy for Munoz who dropped out of high school and left his home in Torrington for Denver, Colorado in 2016.

In Denver he worked a number of different jobs, but nothing was long term. So, in October 2021, he packed his bags and moved back home.

“I moved down here (Torrington) on a Saturday and was enrolled (in the HSEC program at EWC) on Monday,” he said. “I came straight here, took my test and started the program.”

Munoz had decided to go back to school and get his life back on “track,” he said. “I didn’t want to be the brother (he has 5 brothers and 3 sisters) who dropped out.”

Instead he wanted to set a good example, graduate and move on to college.

“I think it (going through the HSEC program) was one of the best things that has happened to me,” Munoz said. “It is a great program.”

The HSEC (High School Equivalency Certificate) offers students the opportunity to prepare and take either the HiSET or GED exam, according to EWC Director of College and Career Readiness Center Callie Allred.  It is an adult education program to prepare students who have not finished high school for college and careers.

“We serve students 16 to 99 years-of-age,” Allred said. “The criteria for being able to join our program (at EWC) is that a student must not be enrolled in high school and test at lower than a six in math, language and/or reading on TABE (Test for Adult Basic Education).

As Munoz started the HSEC program he asked when college classes would be starting for the fall semester at EWC. When he was told August he said he wanted to have his high school degree before then so he could start in the barbering program.

“I’m very competitive,” he said. “I asked what was the quickest anyone had made it through the program and was told three-and-a-half months. I set a goal three months.”

He made his goal a reality graduating from the HSEC program on June 2, 2022.

Now it’s off to barbering college at EWC.

“I’ve wanted to be a barber,” Munoz said. “A hair cut makes you feel more confident.”

He also wants to work for himself someday,” he said. “I see myself owning my own shop, but I don’t want to just own a barber shop. I want to own ‘the’ barber shop. The one everyone wants to hang out at.”

While living in Denver the barber shop he went to was ‘the barber shop.’ It had a family atmosphere and was the place to hang out at and build relationships. The kind of shop Munoz can see himself owning one day.

As he prepares to start his college career this fall he remembers his start in the HSEC program and the first tests.

“I remember looking at my test scores,” Munoz said (each test had to score at a five to more on). “I was at a three and they want me to be at five. I was a little discouraged.”

He started the HSEC program studying at the college from 9 a.m. to about 12 noon, Monday through Friday. Tuesdays were set aside to learn finances. “They are amazing people,” Munoz said. “They push you more than you push yourself. With that help it is amazing, but a lot can happen in those three hours (in the HSEC classes each day).”

The program is state and federally funded so the only cost for a student is for the tests, Allred said. Total cost for taking all the tests can range from $65-85.

“We have scholarships available to help with those costs,” she said. If a student is dual enrolled through the Department of Workforce Services, they can get paid to go through the program.

This fall Munoz will take the nice big step toward making his dream of owning “the barber shop” a reality.

For more information on the HSEC program contact Allred at 307-532-8399 or email her at callred@ewc.wy.edu.

The event will be catered and a cash bar will be available. Everyone is welcome to come and meet Dr. Hawes. He will share a short speech around 4 p.m. 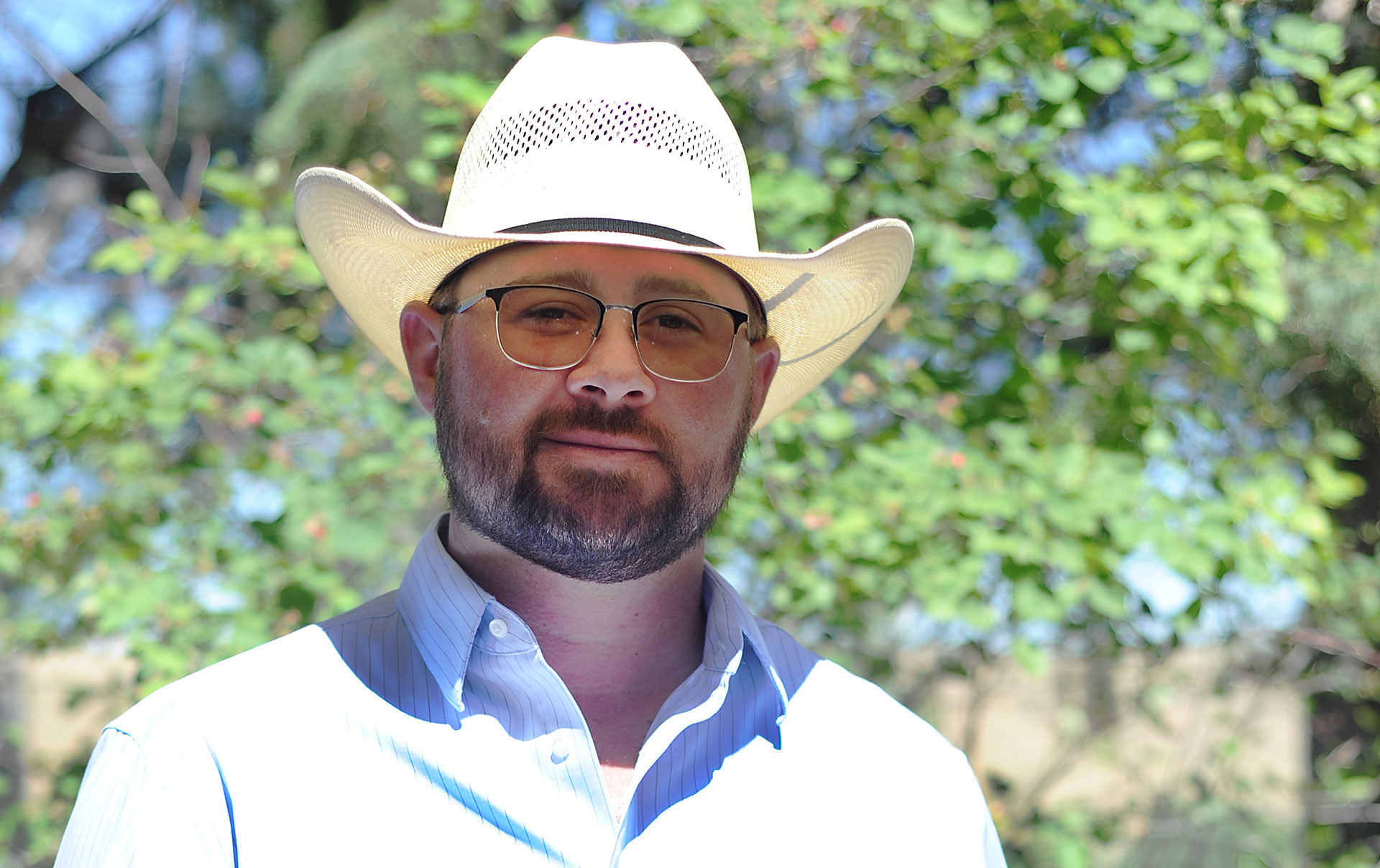 “I’m excited to lead the Lancer rodeo team and build upon a great legacy,” Peterson said. “I want to have a well-rounded program which I think we have right now.” Peterson has a Bachelor of Science in Education from Oklahoma Panhandle State University in Goodwell, Oklahoma. He attended college on a rodeo scholarship and completed in both rough stock and timed events.

“After graduating college, I made the decision to work on a ranch in southeast Wyoming with my dad,” Peterson said. “Ranching allowed me to continue my love for rodeo. I competed in several associations across the United States qualifying for numerous finals over the years.”

Peterson will have about 15 returning cowboys and cowgirls, he said. There is also a strong group of new recruits and he is continuing to recruit for the upcoming season.

Teaching, he said, has given him the opportunity to develop positive relationship with students and help mentor them to deeper levels of understanding and knowledge in the world of agriculture.

“It’s been a great opportunity to work for Lingle-Ft. Laramie and Torrington schools,” Peterson said. “I really enjoyed it and everyone there was great to work with.”

Taking the position at EWC is somewhat of a coming home for Peterson. “I grew up in the halls of EWC,” he said. His mother, Patti Sue Peterson, was a Vet Tech instructor at EWC for over 30 years.

“She instilled the importance of education in me throughout my life, it is one I carry into my professional career,” he said.

At a young age, Peterson developed a “strong appreciation and love for rodeo,” he said. “With the support of my parents and mentors, rodeo taught me that hard work and dedication will lead to success.” Success he looks forward to experiencing with the members of the Lancer rodeo team.

The team will start practicing as soon as classes start in late August with the team’s first rodeo taking place toward the middle to end of September.

Eastern Wyoming College will hold a formal reception to welcome the new president, Dr. Jeffry Hawes on Wednesday, July 20 from 3 p.m. to 6 p.m. This reception will be held in the CTEC Commons’ area on EWC’s Torrington Campus, 3200 West C Street, Torrington, Wyoming.

The event will be catered and a cash bar will be available. Everyone is welcome to come and meet Dr. Hawes. He will share a short speech around 4 p.m.